The Speech that I Wanted to Hear from Barack 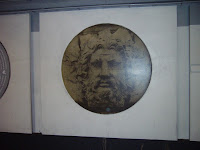 Yes, as the title says. This is the speech we (the youth) of the world wants to hear when he delivered a speech in the Congress of the United States tonight.

Never, has a speed of light, a President of change meant the right words at the right time for the right audience.

Yes, tonight's Presidential speech is what we wanted to hear from Barack Obama, 44th President of the United States.

This is what the ideals of change was all about. The preparation of the youth, the involvement of the youth, empowering education and the middle class.

As this online journal memoirs becomes a part of a legacy in times to come, perhaps it will take note that at least it touch Obama about values of what America is about.

What's the next steps? Yes, the next would be for this administration to appoint the youth leaders to take part of their leadership. This is the only way to change, the only to prosperity, and the way for the much discipline that America needs.

Just like 1997, when we formed the alliance at the mighty APEC economies for the Youth involvement. Obama indeed expressed the change factor of what has been needed to be heard all this time. This is the way, the way to democracy, the way to the future, the way for America to change.

Email ThisBlogThis!Share to TwitterShare to FacebookShare to Pinterest
Labels: The Speech that I Wanted to Hear from Barack
Older Posts Home
Subscribe to: Posts (Atom)