Dreams of My Father, A Story of Race and Inheritance 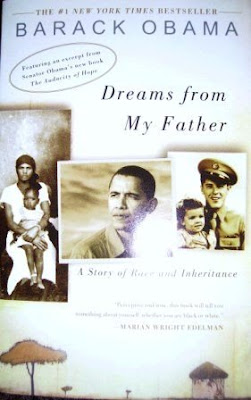 January 20, 2009 signifies the making of history in the United States almost 25 years after the assasination of Rights Activist Leader, Martin Luther King. In this great moment also translates the unsetimental and compelling memoir in his book, Dreams if My Father by Barack Obama.

The son of a black African father and an american mother searches for a workable meaning to his life as a black American with Asian roots from Indonesia, Kenya and Hawaii. Dreams of my father starts from the story when Barack loss his father through a car accident. This then leads to a emotional odyssey in a small town in Kansas to the family's migration to Hawaii, Kenya where he reconciles his divided inheritance.

Eventually we know that Barack Obama was elected 44th President of the Unites States on November 4, 2008 and is known for his bestselling books, "The Audacity of Hope" and "Dreams of My Father".

In page 51 of his book, Dreams of My Father he remembers coming across the pictures of a black man in Life magazine who tried to peel off his skin. Today starts a new era in race, gender and ethicity towards equality and freedom in America.

Hopefully, in the coming days there will be indeed changes to a once deeply racially moticated society towards free enterprise and market capitalism. May this be the start to signal that even the poor, under privilege nobodies, small businesses, disabled and ethic minorities have a right to be treated fairly in this new era.

As the new President takes over a deep chaotic financial mess may this dreams of his father lead him in making the right decisions towards prosperity.
at January 20, 2009 No comments:

Email ThisBlogThis!Share to TwitterShare to FacebookShare to Pinterest
Labels: A Story of Race and Inheritance, Dreams of My Father
Older Posts Home
Subscribe to: Posts (Atom)