Former President of the Philippines Benigno Noynoy Aquino III died Thursday at the age of 61 after being hospitalized in Quezon City, Philippines. He was the Philippines 15th President from 2010 to 2016 following the footsteps of his mother then Former Philippine President Corazon C. Aquino, an icon of democracy known after the EDSA Revolution of whom of I had the the opportunity of having work with during the early years of her presidency.

I remember President Noynoy still carried a bullet wound from a 1987 attempted military coup against President Cory's administration, during which he was shot five times and three of his bodyguards were killed.

President Noynoy  died at the Capitol Medical Center near the capital Manila, Philippine News Agency reported, adding that his family will release a statement soon after suffering kidney disease. He had an an background as an Economist working at the Conjuangco Sugar plantation in 1998 and later on serve as a Congressman for Tarlac.  His father, Senator Benigno Aquino Sr. was assassinated at the Tarmac of the then Manila International Airport upon returning from the United States from exile in 1983. This then led to the EDSA Revolution of 1986 which toppled the Marcos dictatorship and for the Marcoses to exile in Honululu leaving behind the 5,000 pairs of shoes in the Malacanang Palace, the ill-gotten wealth un-resolved globally while the the slums in Manila are still starving on daily basis and today still shut down due to the covid-19 pandemic.

His 6 year term had a steady economy in a way has some economist say. Yet one the controversies that was unpopular was when He also approved a controversial government operation that left 44 commandos dead while pursuing a wanted Malaysian armed leader in the southern island of Mindanao.

That incident derailed the peace agreement with Muslim rebels that Aquino spearheaded during his time in office.

Aquino, whose family went into exile in the U.S. during Marcos’s rule, had turbulent ties with China as president. After China effectively seized a disputed shoal in 2012 following a tense standoff between Chinese and Philippine ships in the South China Sea, Aquino authorized the filing of a complaint before an international arbitration tribunal that questioned the validity of China’s sweeping claims in the strategic waterway on historical grounds.

“We do not wish to increase tensions with anyone, but we must let the world know that we are ready to protect what is ours,” Aquino said in his State of the Nation Address to Congress in 2011.

The Philippines largely won. China refused to join in the arbitration and dismissed as a sham the tribunal’s 2016 ruling, which invalidated Beijing’s claims to virtually the entire South China Sea based on a 1982 U.N. maritime treaty and continues to defy it. Aquino’s legal challenge and the eventual ruling plunged the relations between Beijing and Manila to an all-time low. -- quoted from the Houston news.

One of the legacies of the President Aquino's presidency was the signing of a 2014 peace deal with the largest Muslim separatist rebel group in the country, the Moro Islamic Liberation Front, in 2014 that eased decades of sporadic fighting in the country’s south, homeland of minority Muslims in the largely Roman Catholic nation.

May Noynoy rest in peace as he joins his mom and dad,

Anything that is strange or foreign towards inherent superiority, political adaptive terms one learns through the years

In the Asian culture, anything that is strange or foreign is actually very educational and for some even privilege as it means you get to meet or experience something from the ordinary upbringing or culture, Yet, as the most talked about term nowadays, Xenophobia is “fear and hatred of strangers or foreigners or of anything that is strange or foreign.”  This where the cultures divide the definition as explained by Merriam and Webster  I Started with this remembering my years both the global community that you meet various people from the public and private sectors from different cultures and countries,

One of the things I've learned is to carefully listened to touchy questions when it pertains to race related issues, have them repeat it in case it wasn't clear. This is especially true if your in a position that can influence a lot of issues. Hence is what happened in today's Asian American Violence in the United States implied simply from the words implied from the words of it's former 45th President.

America for Americans: A History of Xenophobia in the United States

America for Americans: A History of Xenophobia in the United States Hardcover – November 26, 2019 by Erika Lee (Author) An award-winning historian reframes our continuing debate over immigration with a compelling history of xenophobia in the United States and its devastating impact The United States is known as a nation of immigrants. But it is also a nation of xenophobia. In America for Americans, Erika Lee shows that an irrational fear, hatred, and hostility toward immigrants has been a defining feature of our nation from the colonial era to the Trump era. Benjamin Franklin ridiculed Germans for their "strange and foreign ways." Americans' anxiety over Irish Catholics turned xenophobia into a national political movement. Chinese immigrants were excluded, Japanese incarcerated, and Mexicans deported.

Lee writes, “Asian immigrants, once so despised that they had been largely excluded from the United States, were slowly being remade into supposed ‘model minorities,’ racial minorities who worked hard to overcome obstacles and achieve the American dream .. displaying the attributes most prized by American capitalism and its emphasis on achievement”. The model minority myth advanced a racist/xenophobic attribution of Asian success to a combination of their upbringing and genetics.

Former President Donald Trump, had repeatedly referred to COVID-19 as the "China virus," among other offensive terms, during his presidency, the recent events in Atlanta, GA cause the lives of 8 people where 6 of them where Asian American women.  The Stop AAPI Hate Coalition received nearly 3,800 hate incidents from March 19 to Feb 28 of this year. Among them were 68% women victims as target according to ABC news.  Asian Women, the elderly, from San Francisco, New York abuse and violence have spike tremendously this year.

For now the Asian American community is grieving the lives lost in the shooting with the hope for a better tomorrow. 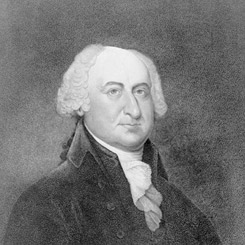